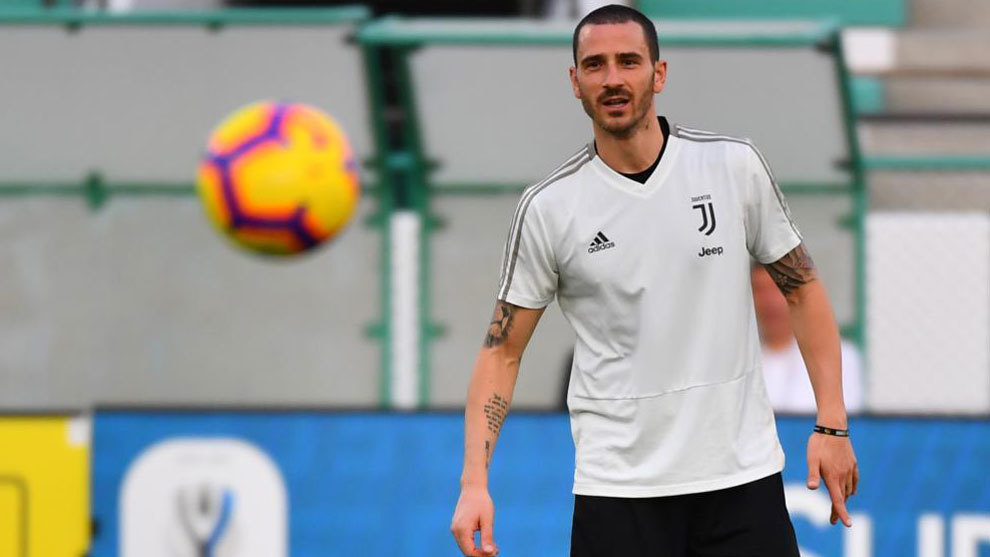 Juventus are likely to be without the services of defender Leonardo Bonucci for the first leg of their Champions League clash against Atletico Madrid.

During the Bianconeri’s 2-1 win over Lazio on Sunday night, the centre-back picked up a nasty sprain to his right ankle, which is now putting his presence in Europe in doubt.

“In the game on Sunday, Bonucci suffered a sprain in the right ankle around the ligament and capsular tissue,” read a statement from the club.

Bonucci exited in the 41st minute of the game with the scores level and was replaced by Giorgio Chiellini.

Initially, it was feared that he had sustained a more serious injury, but the club’s concerns have been eased somewhat following medical tests on Monday.

Although the Old Lady didn’t announce how long they expect Bonucci to be sidelined, everything indicates that he will be out for a month.

If that is indeed the case, it will be very difficult to foresee him playing a part at the Estadio Wanda Metropolitano on February 20.

Barring any further complications, he should return for the second leg of the Champions League tie on March 12 in Turin.

This story was originally published by Marca