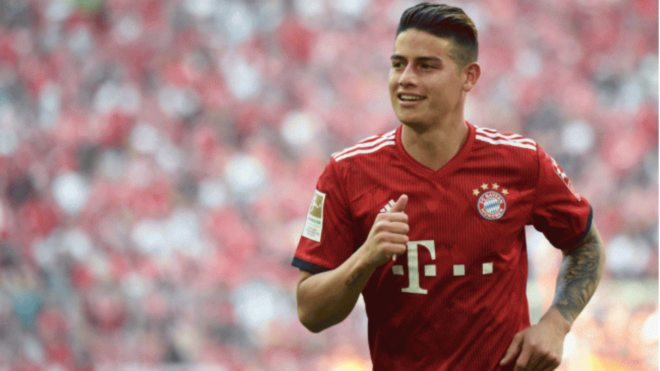 After two months out with a knee injury, James Rodriguez returned to the Bayern Munich squad against Hoffenheim but was left on the bench on Friday evening.

Niko Kovac brought him on in the closing stages of the 3-1 win, as his pass to Thomas Muller allowed him to set up Robert Lewandowski to score a late goal.

Rodriguez showed just why he should be starting for Bayern, as these five reasons prove:

The Bavarians have plenty of players with pace and speed, but they lack the imagination or creativity of a player like the Colombian, as he showed for Bayern’s third goal on Friday.

2) He makes his team-mates better

With Rodriguez on the pitch, it gives players like Lewandowski, Muller or Serge Gnabry more freedom, the German even spoke out about his love of playing alongside the Real Madrid loanee recently.

When Bayern lack the flow of recent years as they have this season, they must capitalise on set pieces and that means counting on Rodriguez, not only for his direct free-kicks but also from indirect ones and corners.

Playing in a 4-3-3, Rodriguez provides the link in the transition to attack with his quality and touch of the ball which can evade opposition pressure and open the game up by taking the ball into dangerous areas.

A goal scoring midfielder with immense quality is enough to intimidate opposition players and makes a real difference when the goals aren’t coming easy to Bayern, they can’t afford not to count on him as a fundamental part of the team.